TO MANY COUNTRIES: HEAR! MAKE STRAIGHT YOUR PATHS, AND WHOEVER IS COVERED UNDER HIS PRECIOUS BLOOD, THE LORD WILL SPARE. AGE IN AGE OUT, MANY PLAYED A GAME WITH GOD. ONE RECEIVED GRACE, AND THEN THEY CONTINUED TO SIN AND WALKED THEIR OLD WAYS! 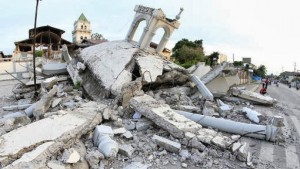 Hello, very welcome! On October 21st, 2013, a messenger angel of God brought on this prophetic, warning, revealing message of the almighty God, the God of Abraham, Isaac and Jacob, to end-time Prophet Benjamin Cousijnsen.

Shalom! I greet you in the almighty name of Yeshua HaMashiach, Isa, Jesus Christ of Nazareth. Verily, verily, I tell you, my name is Thunder and I am God’s messenger angel.

Verily, China, on September 6, 2013, Michaël spoke to you, that the dragon, the serpent, is the devil!
And I, Thunder, God’s messenger angel spoke on September 7, 2013, to the Philippines, that God is going to punish your country. This also counts for Indonesia, India, Mexico, Spain, Africa, Italy, Haiti, New Zealand, America, Russia, England, Pakistan, Afghanistan, Germany and the Netherlands, and the other countries.
Verily, God’s beloved end-time Prophet begs and prays to God, in order to be merciful to you and for postponement for your country! But you listen neither to Benjamin Cousijnsen, nor to the God of Abraham, Isaac and Jacob, the almighty God! Then why do you want mercy?

Leviticus 19, verse 4  Don’t turn to idols, nor make molten gods for yourselves. I am the LORD your God.

Read aloud: Deuteronomy 13, verse 4  Here it is written: You shall walk after the LORD your God, and fear him, and keep his commandments, and obey his voice, and you shall serve him, and cleave to him.

Galatians 6, verse 7  Here it is written: Don’t be deceived. God is not mocked, for whatever a man sows, that will he also reap.

Colossians 3, verse 1  Here it is written:  If then you were raised together with Christ, seek the things that are above, where Christ is, seated on the right hand of God.

1 Thessalonians 4, verse 3  Here it is written: For this is the will of God: your sanctification, that you abstain from fornication.
And verse 7 and 8  For God called us not for uncleanness, but in sanctification. Therefore he who rejects doesn’t reject man, but God, who has also given his Holy Spirit to you.
The messenger angel of God spoke further,

Verily, also I tell you, God makes no mistakes!

Read aloud: Genesis 1, verse 27  Here it is written: God created man in his own image. In God’s image he created him; male and female he created them.

Nowhere is it written, that God created woman and woman, or man and man.
God created just man and woman in His own image, and not Adam and Adam, or Eve and Eve! continued the messenger angel of God.

Verily, satan has replaced the truth; repent!
Verily, I heard many people cry. I heard their cry. Then the earth shook and trembled, and God had already removed the protection, and the Lord caused the thunder and lightning and rain and hail, and even blazing coals, to come down from space! Thus speaks the Lord.

Verily, the angels of the Lord encamp around those, who fear Me, the Lord!
Verily, many churches with idols will be destroyed, such as what happens to the idolatry rituals. Unexpectedly, a fire will be brought forth!
Verily, I am the messenger angel Thunder. He who does not repent, shall perish! One has already received for far too long grace upon grace, age in age out. And many were playing a game with God, and God blessed and one received grace, and then they continued to sin and walk in their old ways. Verily, Hear! and make straight your paths.

Read aloud: John 8, verse 12  Here it is written: Again, therefore, Jesus spoke to them, saying, “I am the light of the world. He who follows me will not walk in the darkness, but will have the light of life.”
John 3, verse 16 to 20  Here it is written: For God so loved the world, that he gave his only begotten Son, that whoever believes in him should not perish, but have eternal life. For God didn’t send his Son into the world to judge the world, but that the world should be saved through him. He who believes in him is not judged. He who doesn’t believe has been judged already, because he has not believed in the name of the only begotten Son of God. This is the judgment, that the light has come into the world, and men loved the darkness rather than the light; for their works were evil. For everyone who does evil hates the light, and doesn’t come to the light, lest his works would be exposed.
The messenger angel of God spoke further,

I, Thunder, warn you, I only carry out my mission.
And he who, however, is covered under His precious Blood, the Lord will spare and protect, those who are sincere and pure! For these, connected in Christ, counts: Fear not!

Read aloud: Psalm 18, verse 30 and 31  Here it is written: As for God, his way is perfect. The word of the LORD is tried. He is a shield to all those who take refuge in him. For who is God, except the LORD? Who is a rock, besides our God.
Psalm 34, verse 4 and 5  Here it is written: I sought the LORD, and he answered me, And delivered me from all my fears. They looked to him, and were radiant. Their faces shall never be covered with shame.