YESHUA HAMASHIACH OR JESUS CHRIST TELLS HIS PROPHET, BENJAMIN COUSIJNSEN, THAT POPSTARS AND PEOPLE WHO FOLLOW IDOLS MUST REPENT, SO THAT THEY CAN GO TO HEAVEN INSTEAD OF HELL. JESUS IS THE KING OF KINGS, ABOVE ALL KINGS! 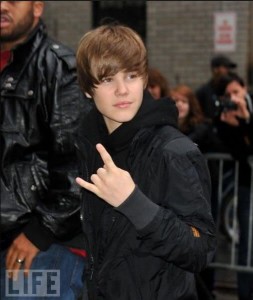 Hello, welcome! This vision and these words have been given by the Lord to Prophet Benjamin Cousijnsen on May 23rd, 2012. Benjamin writes,

While I heard the thunder outside, the Lord spoke the next words to me:
Benjamin, if anyone loves the world above Me, he is not worthy of Me.

Benjamin, a lot of Christians have accepted Me and have known My truth, but they live a double life.
Adulterers, don’t you know that friendship with the world is enmity with God?
I tell you, who’re listening: Because all that’s in the world, the lust of the flesh, the lust of the eyes, and the pride of life is not from Me, said the Lord. Why do you say that you love Me while you hurt My heart?
If you look at who stands above Me, your mouth is more full of your idol, your god! And also, many stars have sold their souls to the devil in exchange for fame and glory, I tell you, the mammon, the money god! The Lord gave:

Ephesians 5, verses 6 and 14  Here it is written: Let no one deceive you with empty words. For because of these things, the wrath of God comes on the children of disobedience. Therefore don’t be partakers with them. For you were once darkness, but are now light in the Lord. Walk as children of light, for the fruit of the Spirit is in all goodness and righteousness and truth, proving what is well-pleasing to the Lord. Have no fellowship with the unfruitful works of darkness, but rather even reprove them. For the things which are done by them in secret, it is a shame even to speak of. But all things, when they are reproved, are revealed by the light, for everything that is revealed is light. Therefore he says, “Awake, you who sleep, and arise from the dead, and Christ will shine on you.”

You wonder, spoke the Lord, why you just have problems.
Young children are soon put on a different track by their parents. Just think of K3, said the Lord. The children even have their room full of it. Also you, I tell you, who stands above Me? Is your house also so full of idols?

Galatians 6, verse 7  Don’t be deceived. God is not mocked, for whatever a man sows, that will he also reap, “spoke the Lord”.

Today you still have a great chance, to change your eternal destiny.
The abyss has been prepared, and the flames are raging and glowing, and the furnace is ready in order to receive you, said the Lord. Did you know that the worms in hell are surely 20 centimeters long?

Mark 9, verse 44  There it is written: where their worm doesn’t die, and the fire is not quenched.
The Lord spoke further,

You know, John Lennon also did not take Me seriously, and mocked Me with his jokes and devilish music!
He is also there in hell, just like many beloved music idols.
The Rolling Stones can still be saved, but then they must now directly repent. You sang ‘Bridges to Babylon’ in 1974. This one was signed as the power of satan.
Also, in 1975 a pop group had a performance: Lemming, a kind of rat with a satanic horror show… executioners, torches, electric chairs and a lot more, said the Lord. And Lucifera symbolized the evil in that group. The group has stopped, because I, the Lord, intervened mightily.

Benjamin, did you know that there are more than 5,000 radical satanists in Germany?
Why shall I strike your country now with a disaster, do you think? spoke the Lord. I tell you, Repent, whoever you are, and whoever you have now accepted. I tell you, Do you really love Me? Have you sold your soul too, and do you also want to perish?

I tell you, Let your spirit be full of someone who really cares about you.
You know My Name: Yeshua HaMashiach. Yes, I am speaking to you! Break with your idolatry!
Is it going to be the King of kings, or is it going to be the king Elvis Presley, that you just worship above Me with your fleshly lusts? I’m telling you the truth!
You have to choose now, whether you repent and focus yourself on Me with remorse, or you’ll perish, because the world loves you. This love is not from Me, spoke the Lord. Do I not have a lot more to offer you? Didn’t I go to the cross in your place?
I also say to the parents: Why did you pull your children away from Me?

Luke 18, verse 17  Here it is written: Most assuredly, I tell you, whoever doesn’t receive the Kingdom of God like a little child, he will in no way enter into it.
And verses 15 and 16  They were also bringing their babies to him, that he might touch them. But when the disciples saw it, they rebuked them. Jesus summoned them, saying, Allow the little children to come to me, and don’t hinder them, for the Kingdom of God belongs to such as these, “spoke the Lord”.

Why did you give them permission to do everything, in order to let them perish?
The Lord meant the children! Because you are such good parents?
Not for long anymore, spoke the Lord, and you also will have to give accountability before Me and the Father.

I say to the worldly stars: Without Me you have no wealth, but hell, if you do not repent now.
For I am the Way and the Truth and the Life. Without Me, your soul that I love will perish. You are singing about love, but you don’t want My love. Because money is much more important to you! How many souls have you already seduced? There is only just one way out for you. Bow your knees and call unto Me, spoke the Lord. Go to a church, where they are fervent. Give your life to Me, then you will be much richer than anybody on Earth. Your treasure is above, if you surrender now to the only one, whom belongs all the honor and worship and praise and future: Yeshua HaMashiach! I tell you, put away all your idols now! If you really love Me, you’ll do that. Now take steps in faith, and I will save you and keep you until I come, and I come very soon! Be quick, for time is already over. So there are also many other idols; I tell you, Break with it!

When the Lord had finished speaking, the thunderstorm was also gone.