Informative and prophetic message of God: This is a detailed report and a revealing message, after what the angel of the Lord, Michaël, showed Prophet Benjamin Cousijnsen today, commissioned by the almighty God, YHWH. Also, the Lord spoke out in Israel through His servant, Prophet Benjamin, His life-giving, authoritative words about a dead boy! Furthermore, a revelation: Benjamin saw and heard what is going to happen in Germany! 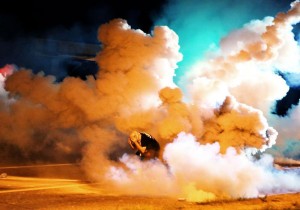 Shalom, God’s beloved, wake up!
It’s me, Michaël, the messenger angel of God, and I come in the almighty Name above all names, in the name of Yeshua HaMashiach, Jesus Christ!
Benjamin responded from his sleep: “I do hear you, but I’m still eating my fries and my meatball with onions and peanut sauce”.
Benjamin, I, Michaël, will come to you, because it’s impossible to get you away from your meatball with onions… So it happened that Michaël ended up going into the dream of Benjamin, and said, Oh dear, you should see your mouth once, God’s Prophet!
Benjamin said, “Do you also want half of the meatball with onions?”
No, said Michaël, one bite then… He waved his hand, and the fries and the meatball with onions were suddenly gone!
Benjamin said: “I thought you would take a bite?”
Yes, said Michaël smiling, in one bite I’ve taken away everything! Wake up, food enthusiast!… And suddenly Benjamin woke up. Michaël said: I was afraid already that you would not come, but fortunately, God is mighty!

Michaël said: Verily, follow me!
Benjamin said, “Yes, but I am still full of the food. Fast isn’t possible yet”. Benjamin saw himself in the mirror, and saw that he was no longer bald, but had a head full of hair, long hair, a bit below his shoulders, and was dressed in shining white fine linen. His eyes were olive green, like the green color of the two olive trees and the leaves. Then he quickly walked after Michaël, down the stairs, and walked through the front door after Michaël.

Arriving outside, Michaël said: Look once over there, Prophet Benjamin Cousijnsen!

Revelation 19, verse 11  I saw the heaven opened, and behold, a white horse, and he who sat on it is called Faithful and True. In righteousness he judges and makes war.

Furthermore, Prophet Benjamin saw the following:
A huge protest march with Muslims, with large black and red flags. German militaries, including civilians, laid hands on the Muslims, and there were many injuries. “We take over everything, now with flags, and later with weapons!” it was said.
Come on, let’s go now! said Michaël. We flew into the air, and Michaël said:

2 Corinthians 11, verse 15  It is no great thing therefore if his servants also masquerade as servants of righteousness, whose end will be according to their works.

And Revelation 2, verse 27  He will rule them with a rod of iron, shattering them like clay pots; as I also have received of my Father.
Revelation 19, verse 21  The rest were killed with the sword of him who sat on the horse, the sword which came forth out of his mouth. All the birds were filled with their flesh.

Kadosh, holy is Yeshua HaMashiach, Jesus Christ, who will deal with all the lies on earth, and false religions!

Revelation 19, verse 15 and 16  Out of his mouth proceeds a sharp, double-edged sword, that with it he should strike the nations. He will rule them with an iron rod. He treads the winepress of the fierceness of the wrath of God, the Almighty. He has on his garment and on his thigh a name written, “KING OF KINGS, AND LORD OF LORDS.”

And John 12, verse 39 and 40  For this cause they couldn’t believe, for Isaiah said again, “He has blinded their eyes and he hardened their heart, lest they should see with their eyes, and perceive with their heart, and would turn, and I would heal them”.
And John 3, verse 20  For everyone who does evil hates the light, and doesn’t come to the light, lest his works would be exposed.

Verily, look over there!
Benjamin saw in Jerusalem a large amount of black smoke, and saw a victim lying on the ground, with a white note on his body, with the text: ‘Another Jew less!’ The knife lay beside him on the ground. Michaël said: Let’s land.
I asked him: “What had this Jew done?”
Michaël replied: Nothing. This man only replied that he believed in Yeshua HaMashiach, Jesus Christ, when that Muslim asked it.
Benjamin asked: “And… this is his end?”
No, said Michaël, his parents are old and cannot handle this. Soon there will be three that are dead, and the Gospel must be told further!
“Then I tell that, though” said Benjamin, “or the Lord must tell me what I am allowed to do in obedience.”
Michaël said: And what does the Lord say? You are not taken along just like that, Michaël said smiling.
Benjamin said: “The Lord says the following: Abidan, wake up and be healed in the almighty name of Yeshua HaMashiach, Jesus Christ of Nazareth, the King of kings! Under His power and authority: live!”

The Jewish boy woke up and said excitedly:
“I heard your voice, and felt my blood in my body getting warm! I was stabbed in my heart. I am wet from the blood, but see no wound. Even the smoke bomb hasn’t left any damage… I’m alive!”
Benjamin said: “Give thanks to whom it is due, Yeshua HaMashiach, Jesus Christ, El Elohím, Adonai, YHWH!”
“How did you know my name?” asked Abidan.
“The Lord said it”, said Benjamin.
“Thank you! Uh, no, uh, the Lord!”
Michaël said: He doesn’t see me. We must go back, Prophet Benjamin.
Benjamin said to Abidan: “Share your miracle!”
“Yes, I’m also going now, I hear the ambulance.”

John 3, verse 16  For God so loved the world, that he gave his one and only Son, that whoever believes in him should not perish, but have eternal life.