BENJAMIN COUSIJNSEN, GOD’S ONLY TRUE PROPHET-BENJAMIN-COUSIJNSEN, SERVANT OF THE ALMIGHTY GOD, THE GOD OF ABRAHAM, ISAAC AND JACOB, WAS SHOWN A PLACE, WHERE SOULS OF PEOPLE GET ONE LAST CHANCE. 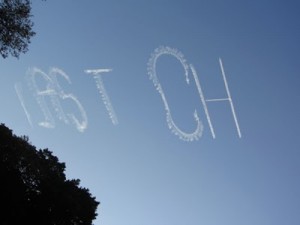 Thus it is also written in: Revelation 19, verse 8  It was given to her “and him“, that she “and he” would array herself “and himself” in bright, pure, fine linen: for the fine linen is the righteous acts of the saints.

Thus it is written in: Jeremiah 32, verse 27  Behold, I am the LORD, the God of all flesh: is there anything too wonderful for me?
The messenger angel of God spoke further,

Benjamin, if you were full of confidence and faith, you too could have just walked outside through the front door of your house.

Thus it is written in: Proverbs 3, verse 5  Trust in the LORD with all your heart, And don’t lean on your own understanding.
And verse 23  Then you shall walk in your way securely. Your foot won’t stumble.

Thankfully, the soap bubble moved and we took off, but where did we go?
We went through the clouds and we went into space. And later the bubble dropped down again. I saw a dark and smooth-looking mountain of granite. The messenger angel Piniach said, This cave is special!
I thought, ‘What’s so special about it?’
We landed in front of the mountain, and Piniach said, Follow me!
We walked out of the soap bubble and went through this mountain. Immediately I saw a large number of people: souls.

Benjamin, said the messenger angel, on March 31, 2013, Gabriël brought you a message, entitled: ‘Revelation of God: The place of the souls!’
I recommend that you also listen to this message.
I saw a big city and a lot of angels of God, who had the lead. I asked one of the souls, what he was doing here. He told me, that they learned here, to interact with each other. He was a Christian and had been married eight times, and had regret of what he had done in his life on earth, and that he promised eternal fidelity with the ‘I do’ each time, but had not kept to it. Over and over again, he liked that sister better and found her more attractive, and married again. Every time he joined the pagan customs again, until his heart gave out.
I said, “Why are you here then?”
“I had terrible remorse”, he said. “All the souls that live in this city, receive guidance and teaching of God’s angels. In this place we live in peace and get ourselves ready for the day of judgment. See this place as a last chance! Some will be received and will still get into heaven from this place, but some will not.”
The messenger angel of God spoke, And some will not come here, but be thrown straight into hell.

Verily, in heaven, every soul has a mate, and there are different rules than on earth.
However, if you have the true mate on earth, and are you born again Christians together, and married and happy together? Then one will meet each other in heaven. However, in heaven, one does not marry anymore. Do you know what is also great?

Revelation 21, verse 4 to 8  There it is written: He will wipe away from them every tear from their eyes. Death will be no more; neither will there be mourning, nor crying, nor pain, any more. The first things have passed away. He who sits on the throne said, “Behold, I am making all things new.” He said, “Write, for these words of God are faithful and true.” He said to me, “It is done! I am the Alpha and the Omega, the Beginning and the End. I will give freely to him who is thirsty from the spring of the water of life. He who overcomes, I will give him these things. I will be his God, and he will be my son “and daughter“. But for the cowardly, unbelieving, sinners, abominable, murderers, fornicators, sorcerers, idolaters, and all liars, their part is in the lake that burns with fire and sulfur, which is the second death”.

John 3, verse 16  Read aloud. Here it is written: For God so loved the world, that he gave his only begotten Son, that whosoever believes in him should not perish, but have everlasting life.