AUGUST 19, 2012  FOOLS DO NOT RECOGNIZE THE WORDS OF GOD, WHICH ARE SPOKEN IN THE WHOLE TRUTH, BECAUSE THEY ARE NOT LIVING IN THE TRUTH IN JESUS CHRIST, THE ANGEL OF GOD SPOKE TO BENJAMIN COUSIJNSEN. DO NOT CONDEMN! 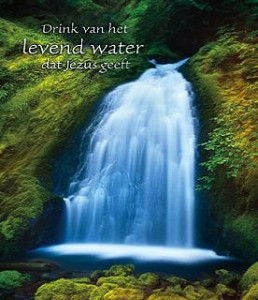 Hello! In the night of August the 19th, 2012, the messenger angel of God passed this message on to Benjamin Cousijnsen.

Shalom, Benjamin! I greet you in the mighty name of Jesus Christ, Yeshua HaMashiach, the Son of the living God. My name is Pedajasso. I was already waiting for you downstairs in your living room.

Revelation 10, verse 7  But in the days of the voice of the seventh angel, when he is about to sound, then the mystery of God is finished, as he declared to his servants, the Prophets.

You there, Benjamin Cousijnsen is chosen by the God of Isaac, Jacob and Abraham.
There is now, since August 17, 2012, a division of spirits. Someone who is foolish, whether they are Christian or not, will not acknowledge your words, spoken in the full truth, Benjamin, because they are not living in the Truth: in Jesus Christ. Also, many do think that they truly are in the Truth. Because of their sins and condemning you, the God of Isaac, Jacob and Abraham has brought a division, because they are more unclean. And you are sanctified and protected. They look for a splinter with you, they have a beam in their eyes.

Matthew 23, verse 15  Woe to you, scribes and Pharisees, hypocrites! For you travel across sea and land to make a single proselyte, and when he becomes a proselyte, you make him twice as much a child of hell as yourselves.

Did not Jesus say: “Treat someone like you want to be treated”?

Matthew 7, verse 1 and 2  Did he not say also: “Don’t judge, so that you won’t be judged. For with whatever judgment you judge, you will be judged; and with whatever measure you measure, it will be measured to you”.
Read for yourself Matthew 7  completely…

Did you know that gossip appears six times in the Scriptures of God?
How common is it for you?

I tell you, do not condemn the Body in Christ!
Take your beam from your eyes, and examine yourself!
My name is Pedajasso. Everything came to you in the mighty name of Jesus Christ, Yeshua HaMashiach. Should I tell you this?

Matthew 23, verse 33  Snakes! Sons of vipers! How will you escape the judgment of hell?

God gave you a Prophet, and with your words you set forests on fire.
In Croatia, many forest fires are raging in the South. In Trogir 600 acres turned to ashes, and how much damage have you already done? Repent!
God sends His angels to Benjamin, and God wants to reveal many new things through him. But many cannot even handle it. Look to Jesus and think about this. Do not be moved, there is a separation of spirits! Stay in His light and walk.

Matthew 12, verse 31 to 33  You there, let this message awaken you! Are you still there? I tell you, in the name of Jesus Christ: Make your paths clean and right before the Lord. There is no place in heaven, where there is a slanderer, a blabber. Watch what I tell you from the Scriptures:

Therefore I tell you, every sin and blasphemy will be forgiven men, but the blasphemy against the Spirit will not be forgiven men… And if you go against God’s Prophet, then that is the same!
Benjamin, many will I bring to repentance, and punish some, because they continued sinning. Benjamin, there are now many fires, but because man repents, the fire will be extinguished.
I’m going now… Oh, this also:

Many have given their hearts in America, and even some in Israel, Belgium, Spain, the Netherlands and Germany and other parts…
These have heard your messages and have given over their lives to Jesus Christ, among which a Muslim family.
Benjamin, God’s protection is with you all. Shalom! He who wants to hear, should focus on these words, which are brought to you by His angels.