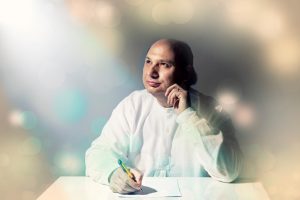 These prophetic messages have been given 100% by the God of Abraham, Isaac, and Jacob. Since early 2012, the Lord has been warning everyone in recent times through His messenger angels, who bring on the revelations and prophetic messages to His beloved Prophet, Benjamin Cousijnsen. By God Himself, he is appointed as His simple Prophet of the end times. In the presence of a messenger angel of God, Benjamin Cousijnsen writes down everything, word for word. They come always in the Name of Jesus Christ, also called Yeshua HaMashiach in Hebrew. Please help us to pass on these important messages. Translate it into other languages that you know. Send, copy, and paste it without changing the original content, so that it will spread around worldwide. The Lord’s Coming is very near, and the Lord Jesus Christ warns humanity more than ever, in order to hear the voice calling in the last days: “Prepare the way of the Lord, make His paths straight!” Prepare yourself! All these words are from the Lord God and Jesus Christ. Time is short!

Surely Adonai, the Lord, will do nothing unless He reveals His secret to His servants the Prophets.

Then he said to me, “These words are faithful and true, and the Lord God of the spirits of the Prophets sent His angel to show to His servants what must happen in a short time.”

For the Son of Man came to seek and to save the lost.

Behold, I AM the LORD, the God of all flesh! Is there anything too wonderful for Me?

To the One Who sits upon the throne and to the Lamb blessing and honor and glory and power, forever and ever.

Don’t harm My chosen servants; do not touch My Prophets. Pay attention to him and do as he says. Don’t rebel against him. He won’t forgive the things you do wrong because I am with him. My Name is in him. The truth is, satan hates you, me and all of humanity. But he hates God most of all. Dear people, pray therefore in unity with us for this work of the Lord and for our team, so that the messages from God are not withheld from the people. Share them wherever you can and while you still can!
https://www.evangelicalendtimemachine.com/dont-touch-my-anointed-ones/

Prophet Benjamin can tell you so much about how it is in Heaven! Once, in the beginning, he was a warrior angel in Heaven, with his wife Theresa…
https://www.evangelicalendtimemachine.com/revelation-of-god-about-prophet-benjamin-and-theresa-cousijnsen/

A message from God, passed on in the almighty and true Name above all names, Yeshua HaMashiach, YHWH, Jesus Christ. When Benjamin was very young, he often got the nickname ‘little angel of God’ and was often laughed at. Yes, ever since Benjamin was a child he wasn’t always taken seriously, due to the fact that he talked about Heaven and because he saw angels…
https://www.evangelicalendtimemachine.com/the-childhood-of-prophet-benjamin/

Many think that Prophet Benjamin Cousijnsen is seeing things, although a lot of important information from the Throne of God has already been made known to the world about the perilous threat: the technological fallen angels! Many messages have already been conveyed since 2012, which can be found in the Evangelicalendtimemachine.com.
https://www.evangelicalendtimemachine.com/who-is-seeing-things/

The Two Witnesses are already among you in the flesh. However, together with all the angels of God, they do not fall under the laws and rules of the Earth, of the people! And whoever condemns them will be punished.
https://www.evangelicalendtimemachine.com/the-two-witnesses-fall-under-the-heavenly-laws/

Revealing and prophetic message and warning from God for those left behind once the Rapture had taken place. Prophet Benjamin Cousijnsen has warned the world and delivered the messages from God. One forgets that Prophet Benjamin Cousijnsen is a beloved one of the Lord in Heaven, and that it is better to repent.
https://www.evangelicalendtimemachine.com/suddenly-prophet-benjamin-and-many-others-had-disappeared/

After many years in Heaven, where Prophet Benjamin was anointed by God himself, he was placed back on Earth in order to deliver the messages from God, which are 100% faithful and true! This anointing was necessary so that Benjamin could receive the messenger angels on the Earth, just as the ancient Prophets sometimes received a message from God through a messenger angel.
https://www.evangelicalendtimemachine.com/prophet-benjamin-cousijnsen-is-gods-chosen-end-time-prophet-of-the-last-days/

Believer and unbeliever! We angels already came in the past. Why should we not also be sent forth in the present, in the end of days, – right… now! – in order to speak to you, to save you, and to encourage and to strengthen you?
https://www.evangelicalendtimemachine.com/even-today-gods-angels-are-being-sent-forth/

The Christian faith in a nutshell in simple English